Together we started an active project on a system, in which education and football is an integral part of a young person’s life. We want to achieve that FS Metta and football attracts and unites children, parents, educational institutions, interest groups, religion and other sports in one single family, which promotes a more comprehensive young people development and in which one can give a helping hand to another.

To become a good footballer, the student has to have been well cared from all parts of his life, they have to feel the support from that society part, they spend most of their lifetime. To provide such stability and outside interest towards a child’s development, we have to nurture relationships between those who are trusted with raising and improving the child. For that reason, Football School Metta presents itself and does experience exchange in pre-school education institutions, primary schools, secondary schools and universities.

Working with children, visiting schools, kindergartens and watching the society and the whole world’s football trends on a daily occasion, Football School Metta has concluded that football is something more than just a game. Football is a lifestyle and it is that occupation, that can change people, give hope, happiness, health, persistence and faith on a road to success.

Football school Metta sees that football’s strength and energy can unite and encourage excitement in people and love for the outside world. FS Metta grows together with football, improves and gives young people inspiration, with which it’s possible to go after excellence, achieving all your goals and dreams.

We are next to those, who are building the Latvian and football future.

Football School Metta beginnings can be found before the 2000s when it worked on the first football groups in Ķekava and Riga. After years of working together, the experience was gained and developed a strong unbreakable trust between the school’s co-founders Ģirts Mihelsons and Andris Riherts.

Developing into one of the biggest football movements, on 2nd May 2006, ”Futbola Skola Metta” was founded. ”Metta” symbolises affection, goodwill, kindness, friendly relations, harmony – those are the values, on which the school is based.

FS Metta has had a desire since the start to achieve better quality work, which can show every student’s growth opportunities and personality. One of our all most important support points are family and our task is to build this familiarity in every life situation so that our students can become this kind of lifestyle successors.

From the very first days of Metta's existence, we want to achieve that football is brighter and more open to the public. Football has to make the first step towards children and their parents because then this step will become an encouragement for others. By building trustworthy relationships from the very start, we will be able to help grow a child's love towards their family, society, football and they will develop as comprehensive as possible. Our responsibility is to make sure that the footballer is raised hand in hand with personality development because our society needs honest, capable and durable people but football is what ensures the development of these qualities.Ģirts MihelsonsFS Metta co-founder 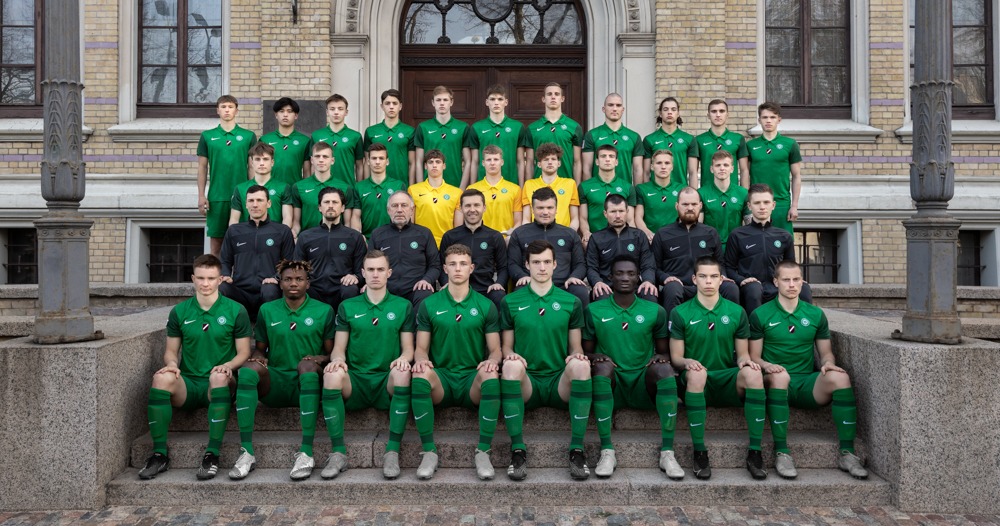 Until 2006 season Football School Metta only participated in Latvian tournaments with youth teams. Since the 2007 season, FS Metta has had an agreement with the Latvian University in making a joint senior football team that participates in the Latvian football pyramid. The club was named ”Metta/LU” up to 2019 when it was changed to ”FK Metta”, while the previous name was given to the reserves team.

From 2007 till 2011 season FK Metta played in the 2nd strongest Latvian league – 1.līga. After winning the championship in 2011, Metta achieved promotion to the Latvia Higher League, Virslīga. 2022 season was Metta’s eleventh consecutive season at the top flight.

FK Metta is a long-term and strategic project. To build a competitive team and a club with far-reaching goals we must invest a systematic work with a professional attitude for several years. Big significance is in educating players while they are progressing in sports. An educated professional has much larger chances to contribute not only in their team's growth but the whole Latvian football development. Our team's strength hides in our ambitions and a huge commitment, which can be achieved by very strong personalities. Every player has to be confident into their own ability so that they could inspire the club's academy's players to be just as motivated to improve. We have to do everything to reach a level that a player could participate in one of the world's top leagues and in the Latvian national team. We have to remember about our local aims and our supporters, their numbers in the stands are like measurement to our accomplished workĢirts MihelsonsFK Metta board member